As you've probably also seen in the past, Twitter is working hard to fight the spam 🥊 that exists on their platform - an initiative that we salute.

And follower churn (massive, indiscriminate following & unfollowing with the goal to be followed back) is one of the main ones.

Recently, we've proactively decreased the limits of how many people you can follow from within SocialBee.

All large similar services have stopped this functionality, and Twitter also decreased the number of follows you can do directly on their website.

The writing was on the wall.

We're replacing the Growth section with the Audience section where you'll still be able to find relevant people to follow, but you won't be able to follow them from SocialBee directly. 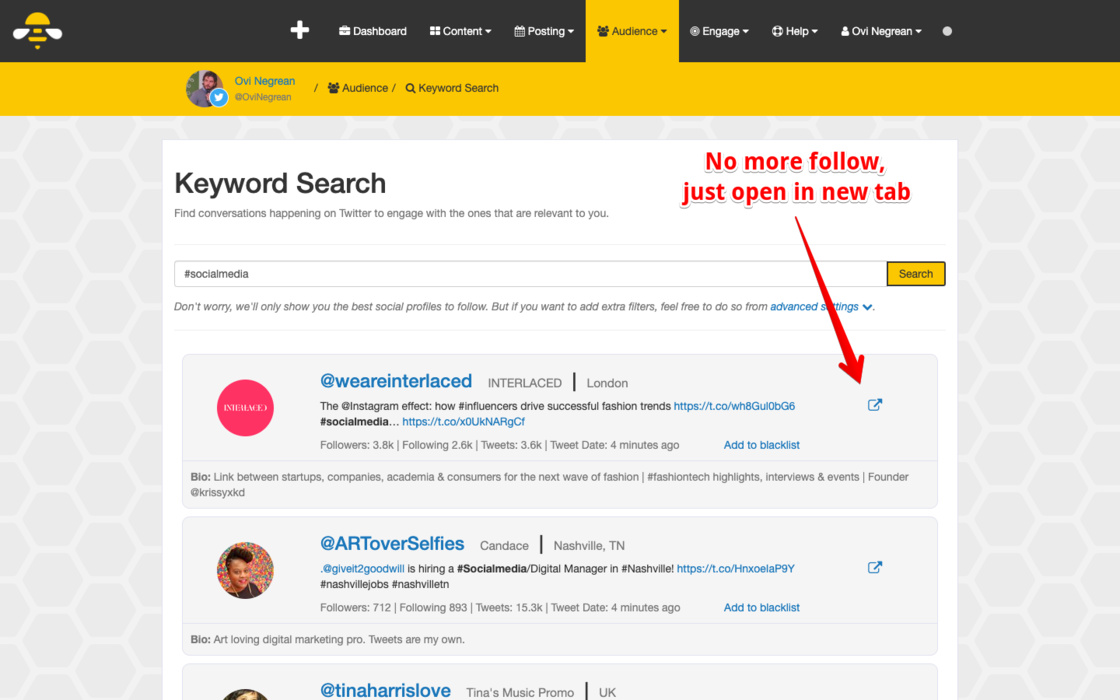 You will be able to open their Twitter profile in a new window, where, if you still find it's a profile you'd like to follow, you can do so.

Actually, we didn't work almost at all on the Twitter Growth part of our app for over two years now, as we've been improving the Content Posting part, that we feel is everlasting and at the core of any good social media strategy. We've also been adding more and more services linked to content creation and engagement.

Plus, we have some cool new community management features and services in the works. 😉